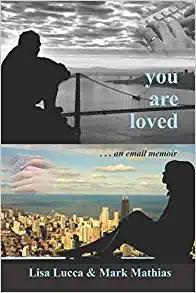 My story Maiden to Crone: A Light Bearer's Journey is in this collection. . .

If the choice to live an authentic life came with a steep price, would you pay it? When lifelong friends Mark and Lisa reconnect after many years, they are both seeking something more in their ordinary lives. Cynical about marriage, yet devoted to his young daughter, Mark is seeking life purpose and direction, while single mom Lisa is embarking on a new career and looking for love. So begins a ten-year email conversation that delves into life’s biggest questions about true love, meaningful work, and connecting with God. Capturing the essence of what it means to risk everything and redefine your life, Mark and Lisa’s story takes you on a journey that explores the nature of love, truth and the choices that shape our lives.​ 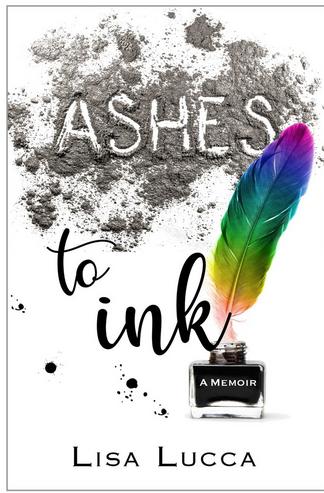 Check out You Are Loved... an email memoir, co-written with my partner, Mark.

My current work, Ashes to Ink, is a memoir that centers on my relationship with my gay dad and how it has impacted my life, and our family. It's about love and sexuality, especially for single parents.

As an ally to the LGBT community, I hope my story connects with other families who have experienced this unique dynamic and brings understanding and healing to anyone who has struggled with feeling like they don't fit in. At the heart, mine is a story of a family and the challenges, triumphs, joys and judgments that are woven through the fabric of our lives as we stumble towards acceptance. 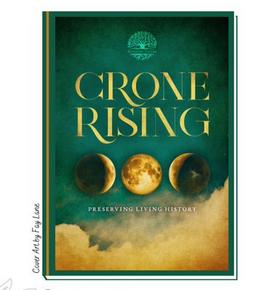 Excerpt from Ashes to Ink by Lisa Lucca  All rights reserved

ASHES TO INK: A MEMOIR

Ashes to Ink: A Memoir​

PROLOGUE
“I’ll take his brains and heart,” I whispered to my sister when the funeral director presented us with the ashes of our father. Half are enshrined in a plain blue box, the other half in a tube with a photo of a golf club adorning the outside. My father never golfed a day in his life. His interests were more suited to belting out show tunes or shopping for drapes. Since both Deena and I will be scattering Dad’s remains, we chose between the two free temporary containers Saxx Funeral Home had lying around.

I picked the one Dad would hate the least.

Now, that box sits on the coffee table where I put it yesterday after returning home. It draws my attention as I turn on the TV to chase away the quiet. When the screen flickers on, an elderly Frankie Valli appears, singing “Can’t Take My Eyes off of You,” a song that flowed from the stereo in the dining room of my childhood.

“He looks pretty good, Dad,” I say to the box, remembering when my father performed that song in a talent show at Nippersink Resort in Wisconsin when I was twelve. Handsome and confident, he sang with gusto while his biggest fans—Mom, Gram, my sister, and I—applauded from the audience.

That was the summer of 1973, before I found out my father was gay.

While Frankie sings, I go into the kitchen and open a bottle of Cabernet, pour myself a generous glass, then sit down on the couch. Frankie’s voice is the opposite of soothing, so I turn off the TV. When the mellow effect of the wine doesn’t take hold, I pull a throw blanket around me even though it’s not cold and accept that nothing feels comforting tonight. Then, I let the tears come.

I will never hear my father’s voice again.

Memories flood in, his death breaching a dam we’d constructed in recent years to keep a fragile peace. So much time spent alternating between longing for and rejecting each other. So much stubborn selfishness.

He can’t really be gone.

Yet here he is inside this boring blue box. Half of him anyway, less the small amount his partner, Benny, will keep ensconced in a gold rose he picked out from the funeral home catalog. Even though there were many signs Dad’s health was failing, the reality of his body reduced to ash startles me each time I glance at the container. It occurs to me that this plain box won’t do until I scatter his ashes. A decorating diva, my flamboyant father could barely stand to see a wall with more than twelve inches of blank space.

Until then he needs something with a bit more flair.

Pouring myself a second glass of wine, I slide the Fleetwood Mac Rumours CD into the player and collect scissors and a glue stick from my desk drawer, then pull a handful of magazines from a basket beside the couch and sink back down. Flipping through while Stevie sings of crystal visions, I rip out clichéd words of bereavement and inspiration; pictures of hearts and clocks are torn out along with a tampon ad filled with butterflies. Some things for my father—Threshold, Serenity—and some he has left behind for me—Wisdom. A love that can endure. They all land in a pile on my lap.

A large, colorful Feeling Good gets fastened across the top of the box. To be pain-free is the thing Dad wanted most and what eluded him for the last decade of his life; so many years were focused on numbing his pain, real and imagined. As I glue each slip of paper, tears fall. Sadness and relief fill my broken heart in that peculiar way they do when someone you love dies and their freedom from pain is a blessing—no matter how hard the hurt is for you. Like a ransom note, I piece together the words Remember your family all love you—a message to be deciphered in the afterlife since I’m not sure he knew this while he was living, at least not all of us loving him at the same time. Now the tears and wine are really flowing.

Christine McVie sings about Daddy making her cry. Oh, Daddy, you made me cry, too, I think, then drain the last of the bottle into my glass, letting my feelings for him soften with each stroke of the glue stick. A deep feeling of compassion settles me as if now that he can’t upset me anymore, everything between us is okay. My sticky fingers smooth the edges of the paper and I sob, shaking loose thousands of memories of my father. An entire lifetime of joy and sorrow, inquiries and lessons, scathing tirades and tender hugs. All the secrets that broke my heart. All the resentment that broke his. I see the futility and the necessity of all of it.

Flipping through the last magazine, I find the letters RIP on one page in an elegant, curvy script; an exciting find. Rest in Peace. I cut them out and carefully glue them beside a purple heart for the wounds he suffered—especially those inflicted by me.